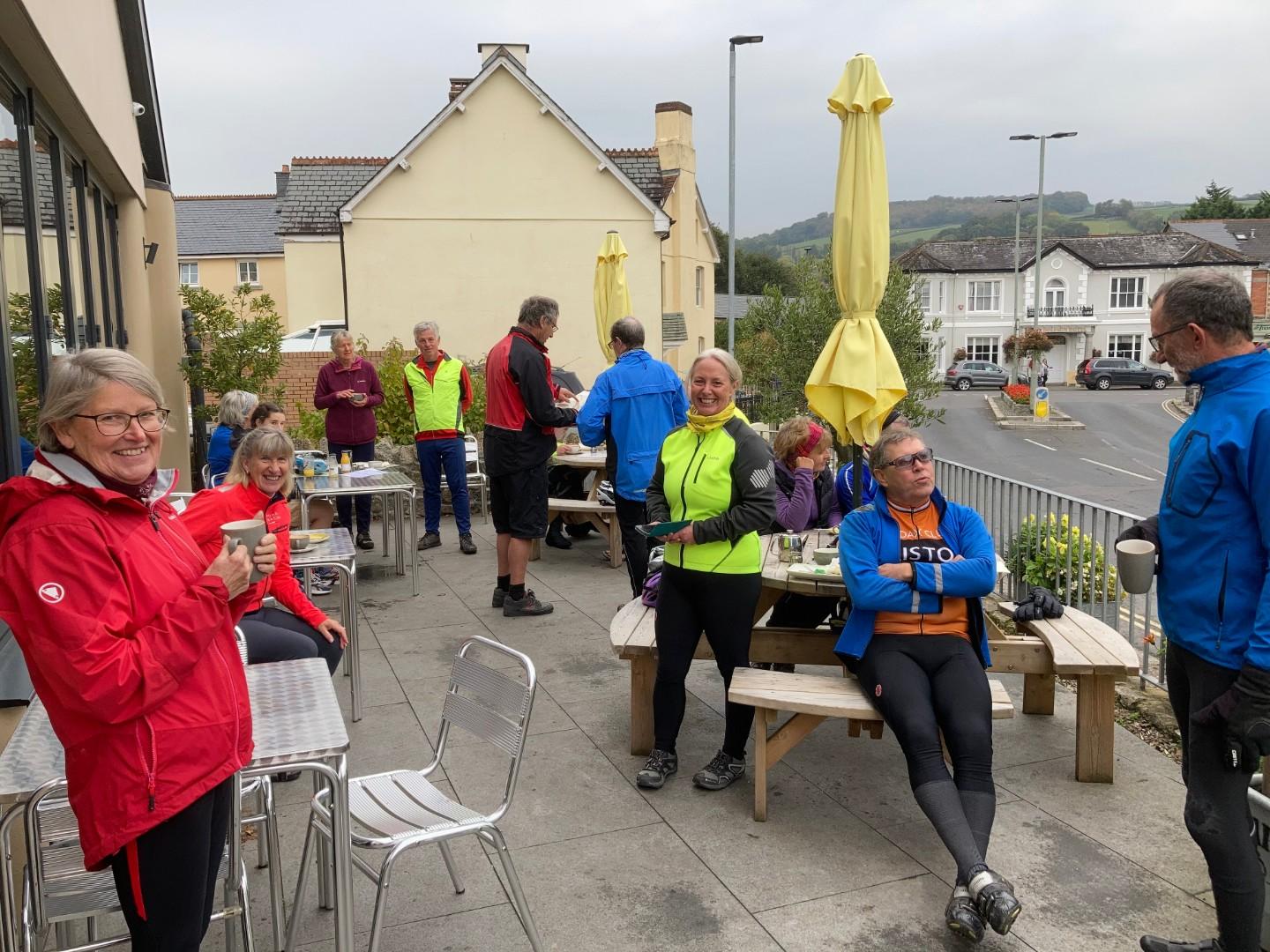 This is how we did it.  Four routes were sent out by email.  They included a printable map showing the routes highlighted on an OS map and a GPX file.  The routes were called the Aliens - dark matter in their legs and fit, the Proletariat - hard working class of cyclist, the Intellectuals - need time to discuss matters, and the Lone Ranger - for the off the wall individual who needs an extreme challenge.  We all met at the lovely Cafe 360 in Bovey and very quickly sorted ourselves out into like-minded groups.  We all cycled up to Moretonhampstead in groups, fastest first and then returned to Bovey by the different routes.

I’m very grateful for the fact that the Taunton Group have a high proportion of good map readers and competent mechanics.  Their navigation skills were called on and everyone rose to the occasion, but no-one could salvage Andy’s car which was sadly collected by the RAC at the end of the ride.  I also want to recommend the OS app. which makes this sort of planning much easier.